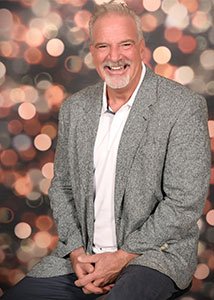 Rob Oliver is the Chairman and President of Oliver Martin Property Alliances Inc., and Co-Founder of Property Relief Network LLC. In November 2016, Rob and Eddie Tillis Jr. started Property Relief Network, a solutions oriented business, formed to help homeowners through tough decisions regarding their personal real estate properties.
In January 2018, they incorporated a full team of “solution oriented” staff members to form Property Relief Network LLC. This team today actively works to assist homeowners, to find solutions regarding all issues involving their personal real estate holdings. From there, once solutions are presented and accepted, our staff then works hand in hand with our owners working with owners, to create and execute those solutions. 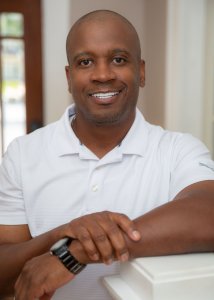 Eddie Tillis is the Co-Founder of Property Relief Network. He born and raised in Chandler, Oklahoma, Eddie Tillis Jr. was born and raised in a very competitive neighborhood, which made Eddie’s true skill set and life’s plan surface in sports, health, and Eddie’s love for seeing other’s success materialize.
In his late teens, Eddie’s desire to make the world better, while taking care of family was number one on his agenda. As Eddie grew to learn and help others with anything from sports, to health to better life experiences, he grew to love sales and demanded much of himself to accomplishing the best outsets.
Who is Eddie?
With a truly inspiring “go-getter” spirit, he’s led corporate franchise sales teams in Oklahoma and Texas, ultimately resulting in him becoming a top Corporate Regional Sales trainer. Eddie set many sales records in several corporate America regional franchises, for nearly two decades until his leaving ultimately in 2017. 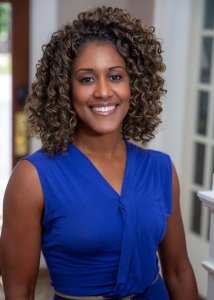 If anyone ever has a question at Property Relief Network, Layna always seems to have the answer. Perhaps it’s because of her diligent nature and knack for details, or maybe it’s because she has been an instrumental part of the company’s planning and development from day one. Growing up in Oklahoma City, Layna learned how to contribute to a group effort, playing the clarinet in her high-school’s band. She also found a way to indulge her naturally independent nature, competing in track. After earning a degree in Business Administration from East Central University, Layna was able to both utilize and expand her skillset while working in banking and human resources. In 2014, she moved to Tulsa to obtain her real-estate license and begin a career as a realtor.
Despite being a self-professed adventure junkie, Layna now enjoys a quiet life with her fiancé, Eddie and two step-daughters, Rosalyn and Elise. When she’s not working, running around to kid’s sporting events, or taking care of the family’s four dogs, Layna loves to unwind with yoga. As the Business Coordinator at Property Relief Network, Layna enjoys working behind the scenes to support the team. And while she appreciates the many opportunities for growth and development that her position has afforded her, she is also enjoying spreading her wings as a realtor. Always there to meet clients’ real-estate needs with the utmost professionalism, Layna is a critical asset to the PRN team! 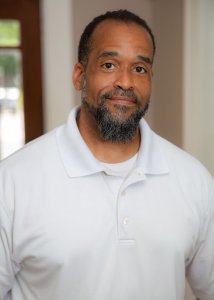 Don’t be fooled by his soft-spoken demeanor and unassuming nature. Damin’s dogged determination has always been a driving force, allowing him to shape, and reshape his life and the lives of those around him. Growing up in Oklahoma City, Damin loved sports, playing basketball and football for most of his youth. But, in spite of his active lifestyle, his weight still earned him the nickname, Heavy-D. Deciding that he no longer wanted to carry the weight, or the nickname, Damin dedicated himself to transforming his life and his body, losing an incredible ninety pounds and sparking a passion for fitness and nutritional health. Hoping to inspire others to reach their goals, Damin became a personal trainer. Working in the health club industry, he met Eddie Tillis, who convinced him to join the club’s sales team, a team that would ultimately go on to break virtually every sales record in the company’s history.
Nearly twenty years later, when Eddie decided to leave the industry and open a real estate investment company, he knew Damin would be one of Property Relief Network’s star players. Now working as one of PRN’s acquisitions managers, Damin lives in Tulsa with his wife of twenty years and their youngest daughter, Egypt. They are active in their church and share a passion for fitness and healthy living. Their older daughter, Demornay recently blessed them with their first grandchild, and they are now eagerly anticipating the birth of their son, Myron’s, first child. As a proud father and grandfather, Damin now seeks to positively impact the lives of others through his work at Property Relief Network.

Becca Lee’s strong work ethic and eager nature developed, in her, from a young age. Born and raised in Bixby, Oklahoma as the youngest of four, Becca always loved nature and had an affinity for living creatures. She graduated from Bixby high school before developing a knack for logistical and detail-oriented work while employed at various banks. After several years working in the banking arena, Becca was approached by a customer who, impressed with her attention to detail, offered her a position at his title company, thus paving the path for her career in title work. 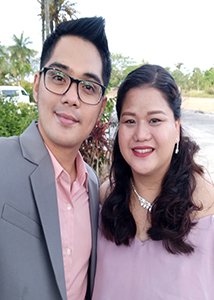 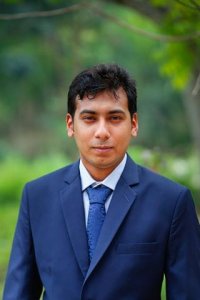 Ashikur Rahman is a web developer and social media expert. He started his journey in 2012. In this time, he worked on over 70 projects and with 10+ companies successfully. Ashikur completed his diploma in Computer Science. His Bachelor of Science degree in Computer Science And Engineering is ongoing.
In the year of 2018, Bob got Ashikur in an online community and discuss his business with him. Ashikur liked Bob’s thoughts about Property Relief Network and wanted to work with Bob and the team. Soon, he started working to build online presence of Property Relief Network.